This is a dumb movie in every sense. The payoff to the setup is dumb. The characters are dumb. The dialogue is dumb. The filmmakers really think the audience is dumb. You would really have to leave your brain at the door to enjoy it. I'm not saying you're dumb if you enjoy it, but if you do enjoy it, please explain yourself.

This is one hell of an uncomfortable movie. A 13-year old girl is physically abused by her father, sexually abused by her neighbor, and emotionally abused by her mother. Lots of people walked out of the movie when I saw it, and I can't recommend it to most people. But if you think you can take it, it IS very well written and acted. This movie stays with you for a long time.

Here is another movie that's not for everyone. But its not as uncomfortable as Towelhead, mostly because all of the sexual dysfunction involves adults. Sam Rockwell stars as a sex addict who chokes in restaurants on purpose. His friend is a compulsive masturbator, and his mother is suffering from Alzheimer's. Did I mention this is a comedy? Funniest line in the movie: "I'm not a lawnmower!"

The Lucky Ones - 3 stars

Tim Robbins, Rachel McAdams and Michael Pena are soldiers just returning from Iraq. Two are on 30 day leave, the other is out for good. They meet on the plane to New York and when they find all flights are canceled, they decide to rent a car together. This is a good road movie, and there are some very funny moments. The movie grinds to a halt during the last 20 minutes or so, otherwise I would give this 3 1/2 stars.

I'll admit it first: I don't like sports movies. I'm not a sports fan, and they are all about the same thing. But then any movie is only as good as the characters and the story. It doesn't matter if the backdrop is sports, wine (Sideways), or digging for oil (There Will Be Blood). In this case, the acting is bad and the story is underwhelming. Sean Faris is a troubled rugby player who changes throughout the course of the movie into a fine, upstanding young man. But his transformation was about as believable as Anakin Skywalker's.

If you love the made-for-TV movies they show on the Hallmark Channel or ABC Family, you will still hate this movie, but you won't hate it as much. Stay away.

Miracle at St. Anna (no review)

When Spike Lee lashed out at Clint Eastwood earlier this year, he was just trying to get publicity for this movie. But hey, whatever you've gotta do ...

Nights in Rodanthe (no review)

Richard Gere and Diane Lane reunite for a sappy romantic weepfest. You know if you are in the target demographic.

Ghost Town is the best movie of the week, and the funniest movie I've seen in months. The Great Ricky Gervais stars as Bertram Pincus D.D.S. He hates everyone. When his patients start telling him about their kids, he quickly sticks cotton in their mouths to shut them up. When his co-worker brings cake for everyone, he sneaks out the door so he won't have to socialize with anyone.

While undergoing a routine medical procedure, he dies for about 7 minutes. When he leaves the hospital he is horrified to find that he can see and hear ghosts. The ghosts are excited because this is the first person that has ever been able to talk to them. So naturally they all start following him around, begging him to pass on messages to their surviving relatives.

Its a good idea to take the standard "I see dead people" idea and use it for comedy. Remember Whoopie Goldburg's character from Ghost? After she meets Sam (Patrick Swayze), she is harrased by ghosts all the time. When Sam next sees her, she says "What did you do to me? Did you tell every spook in the world about me? I've got ghosts coming into the shower! I can't get rid of them!" Imagine if that movie had been about Whoopie Goldburg instead of Patrick Swayze. You get the idea.

As fans of the British version of The Office or HBO's Extras can tell you, Ricky Gervais is a genius. There are so many scenes in this movie that would be boring and ordinary with anyone else in the role, but Gervais' deadpan delivery makes those scenes comedy gold. Tea Leoni and Greg Kinnear are very good in this too. Go see it right away.

A racist police officer (Samuel L. Jackson) torments the interracial couple (Patrick Wilson and Kerry Washington) that live next door. At first, he just intimidates them. Then he starts threatening them, and it escalates from there. This is not too original. Reminds me of Unlawful Entry of Pacific Heights. But it is done well enough, and its always fun to see Sam Jackson as a badass.

Emily Mortimer and Woody Harrelson star as an American couple who are in China doing missionary work. When they are finished, they decide to take the Transsiberian railroad from Beijing to Moscow. While on the train they share a cabin with another couple (Eduardo Noriega and Kate Mara). There are hints that one of them may be a drug mule, and Ben Kingsley shows up as a Russian narcotics detective.

I don't want to say any more for fear of ruining the surprises. If this were a mainstream Hollywood film, the action would kick in within the first 15 minutes. But since this is an independant film by Brad Anderson (The Machinist), it takes its time. The first 45 minutes or so are rather uneventful. We get to know the characters and we even learn about how the track gauge is a few inches different in Russia. When they cross the border, they have to take the train cars off the wheels and put the correct gauge wheels on so they can continue into Russia.

Igor (not screened for critics, so it probably sucks)

My Best Friend's Girl (not screened for critics, so it probably sucks) 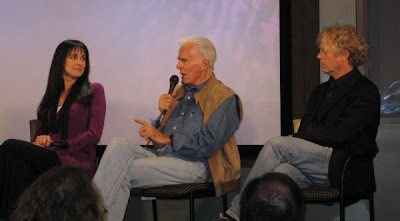 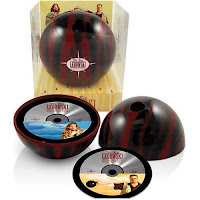 This movie isn't very good. I wouldn't even rent it.
Posted by Mike at 10:36 AM No comments: