The movie is pretty raunchy, so don't go if you're easily offended. Its not really pornographic, but it does have a lot of nudity, sexual situations, and language. But if you've seen the donkey show in Clerks II, you shouldn't really be surprised. Its not my favorite Kevin Smith movie, but it is very funny. And there are a couple of great cameos at the high school reunion. One of the actors is featured in the trailer (Justin Long), but the other one is a really good surprise.

Its 1928. A single mother (Angeline Jolie) goes to work and when she comes home, her young son is missing. She calls the police who tell her they can't do anything until he has been missing for at least 24 hours. Eventually they find him and when mother and son are reunited, she says "That isn't my son." The police don't want to admit they made a mistake, so they convince her that she is just in shock, and he has been missing for a few months so obviously he has changed a bit.

It would have been interesting if the movie kept it a mystery whether the boy was really her son or not. But we know from the start that it isn't her son. We know for sure when she gets him home and proves that he isn't her son. But the police won't listen. They even send a doctor to the house to examine him, but the doctor is only there to convince the mother that the boy is her son. Eventually another story starts to develop regarding a man who kidnapped and killed a bunch of boys at his ranch.

The movie is based on real events called the Wineville Chicken Coop Murders. Director Clint Eastwood leaves out a few details of the murders, but the movie gets most of it right (as far as I can tell from wikipedia). The movie is pretty depressing and a good half hour too long (running time is 2 hours 20 minutes), so be prepared.

By the way, the two best performances are from John Malkovich (as an evangelical minister) and Jason Butler Harner (as the murderer). Every scene with either of them is very good.

Art Linson is a hollywood producer. His credits include Into the Wild, Fight Club and The Untouchables. His book What Just Happened? tells some behind the scenes stories of some of his movies, including Alec Baldwin refusing to shave his beard for The Edge and the studio's reaction to the first screening of Fight Club.

The movie version of the book really has very little to do with the book. Robert DeNiro plays a Hollywood producer named Ben, who is based on Art Linson. The movie is entirely fictional, although at least one story is inspired by a story in the book. In the movie, Bruce Willis is cast as the leading man of a movie and he shows up overweight and with a big, bushy beard. This is obviously inspired by the Alec Baldwin story. There is also an action movie that test screens, and at the end of the movie the hero's dog is shot. The test audience hates it, and the studio chief demands that the ending be changed.

The movie works best when it is focusing on the Hollywood stuff. Stanley Tucci plays an aspiring screenwriter, John Turturro plays Bruce Willis' agent, and Catherine Keener plays a studio chief. The more you know about how movies are made, or the more interested you are in how childish celebrities can be, the more you will enjoy this movie.

I've never seen Guy Ritchie's previous movies about British gangsters (Snatch; Lock, Stock, and Two Smoking Barrels), but I enjoyed this movie enough that I will have to go back and watch those. Its a little hard to follow at first, so you really have to pay attention. Great performances by Gerard Butler (300), Tom Wilkinson (Michael Clayton), end especially by Mark Strong (Body of Lies).

The plot involves a real estate scam, a crime lord, Russian mobsters, and a drugged out rock star. You really have to pay attention to the story, and new characters keep popping up, but if you can follow it you will enjoy it.

The Haunting of Molly Hartley (not reviewed)

They don't like to screen horror movies for critics, which is a shame because I love a good horror movie.

Rachel Getting Married (not reviewed)

I'm looking forward to this. I've heard nothing but good things.
Posted by Mike at 11:17 AM No comments:


This kind of sucks because Megaplex Theaters (owned by Larry Miller, who also owns the Utah Jazz) is the same theater chain that pulled Brokeback Mountain at the last minute back in 2006. So once again, the moviegoing world has one more reason to make fun of Utah and the Mormons.

To be fair, this is not the same situation as the Brokeback Mountain fiasco. That movie was screened and booked at Megaplex Theaters, and it was pulled the morning it was supposed to open. The showtimes were listed in the local newspapers, and patrons showed up to see the movie only to find out that it had been pulled at the last minute. This time, they are doing the right thing in that they have decided not to book it in the first place.

Jack (Andrew Garfield) has just been released from prison. We don't know why yet, but we do know his name isn't Jack. His mentor Terry (Peter Mullan) told him to pick a new name, because he doesn't want anyone to know his past. His past doesn't matter anyway. According to Terry, his present and future is what he should be concerned with.

Jack starts a job, makes friends, and even finds a girlfriend. At the same time, we are shown flashbacks of Jack as a kid (then named Eric) and his friend Philip. As the movie goes along, we will discover what he did and why he doesn't want anyone to know his past.

The less you know about the movie, the better you will enjoy it. It was made in Manchester, England and the accents are sometimes a little hard to understand (for us Americans, anyway). But Peter Mullan (Children of Men, Braveheart) is captivating every moment he is on screen. And Andrew Garfield (Lions for Lambs) is very convincing. The movie starts out slow, really taking its time to develop the characters. But if you give it a chance, the movie pulls you in. I really liked this movie.

Colin Farrell, Edward Norton, Noah Emmerich, and Jon Voight are a family of cops. Some of them are corrupt, some are not, and some can't make up their mind. This is about the 1,000th movie about corrupt cops, and I liked last year's We Own The Night much better.

The biggest problem with the movie is the pacing. The opening credit sequence should take 2 minutes, but it drags on for at least 10. I think if they had cut 30 - 45 minutes out of this, it would have tightened up the narrative and the movie would work. But as it is, I was exhausted by the end of it. The scene where Farrell almost irons the baby was pretty cool, though.

I don't think there is much gray area here. Either you are a fan of HSM 1 and 2, or you're not. You know what to expect, and I hope you enjoy it.

Same thing here. I saw Saw 1 - 3, but I didn't bother with 4. I think I'm done with the Saw franchise. The first one was creepy the first time, but there is nothing in it to make want to see it again, unlike the Nightmare on Elm Street or Friday the 13th series. I did like Saw 2 better than 1, but I had enough with part 3. I'm out.
Posted by Mike at 4:12 PM No comments: 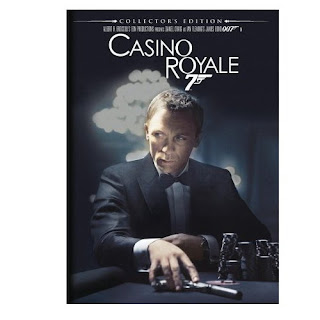 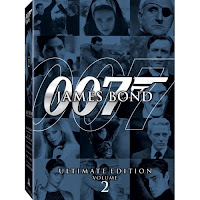 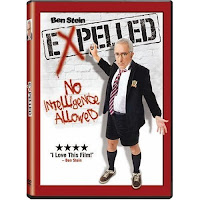 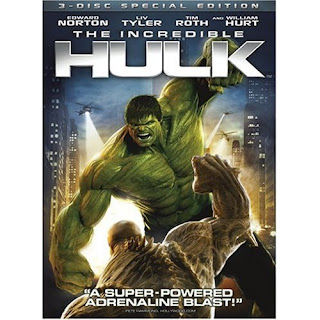 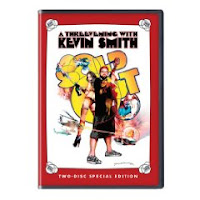 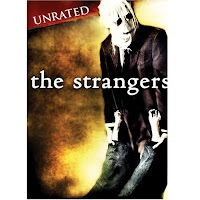